My girlfriend and I recently returned from a three-week South African vacation, throughout which we had many fantastic experiences (e.g., sleeping here and here). By leaps and bounds, the most rewarding experience was volunteering teaching at the Teboho Trust school in Soweto. As background, Soweto is the area of Johannesburg where black Africans were exiled by the Apartheid governments of South Africa. As you might expect given that history, Soweto is beset with extreme poverty. The tuition for the Saturday Academy that we volunteered in was 1 South African Rand, or about 10 cents per day. Teboho realizes that even this minuscule amount is a hardship for many families (indeed, most students in my class did not have the one Rand to pay), and thus the school allows kids to sign up tuition-free if their parents volunteer in some capacity.

At 8:30am, all the students gathered in a large classroom for morning assembly. Capturing the attention of 120 kids whose ages range from 5 to 15 is hard under any circumstances. But this task was compounded by the fact that this particular morning was a cold (winter) August morning, with the wind whipping through the broken windows and chilling our bodies. (Certainly there was no central air.) To compensate, a few leaders led the group in song and dance to warm our blood. And, amazingly, everyone joined in, ignoring the external hardships and focusing on the community of people around them.

The best way to understand how Teboho perseveres and flourishes in such an environment is to watch Jose Bright’s TEDx talk about Teboho (Jose is CEO). Trust me, you won’t regret it.

I was assigned to third grade as a teaching assistant. Many of the regular teachers had failed to show up because of the weather, so the 4th graders joined us as well. After Katie, the regular volunteer teacher who was amazing with the kids, went over spelling and grammar, I started a math lesson. (To my chagrin, Katie had to leave soon after I started teaching.) The kids already knew fractions (impressive for third graders), so I decided to teach the kids how to reduce fractions. I introduced the concept poorly, and many kids struggled on the first quiz I gave them. Watching the kids work on problems themselves shed a ton of light on how they would be able to internalize the lesson. I shifted my presentation, adding visual representations to the arithmetic approach, and nearly all the kids aced the second quiz. I was incredibly proud of them.

After lunch, I was assigned to the high school boys and requested use of the computer lab to teach global warming and Google Spreadsheets. After discussing the basics of global warming for about 20 minutes, I divided the class into teams of 4 or 5 that huddled around the three computers that had a working Internet connection. Each group calculated their carbon footprint — a lesson plan I stole from volunteer teaching at a Trenton, NJ high school. As you might expect, their footprints were much lower than the results I was accustomed to see in Trenton, but the recommendations of how to reduce their footprints were still useful (e.g., bike to a destination instead of taking a shared taxi).

The highlight of the day came next: I introduced the students to spreadsheets, which they had never seen before. I can only imagine how the students experienced the Internet prior to that day — as this fantastical machine that tracked the statistics of all their favorite sports stars? Did the students envision thousands of people monitoring games and carefully updating every single website with results by punching in each individual number? Perhaps the high schoolers chalked it up to something akin to “magic.” As I watched the kids create a formula and then “fill down”, the look of awe and enlightenment on their faces will be something I will always treasure. By the end of the lesson, the kids were creating time-series graphs to track the performance of their preferred soccer teams!

A remarkable day all around. 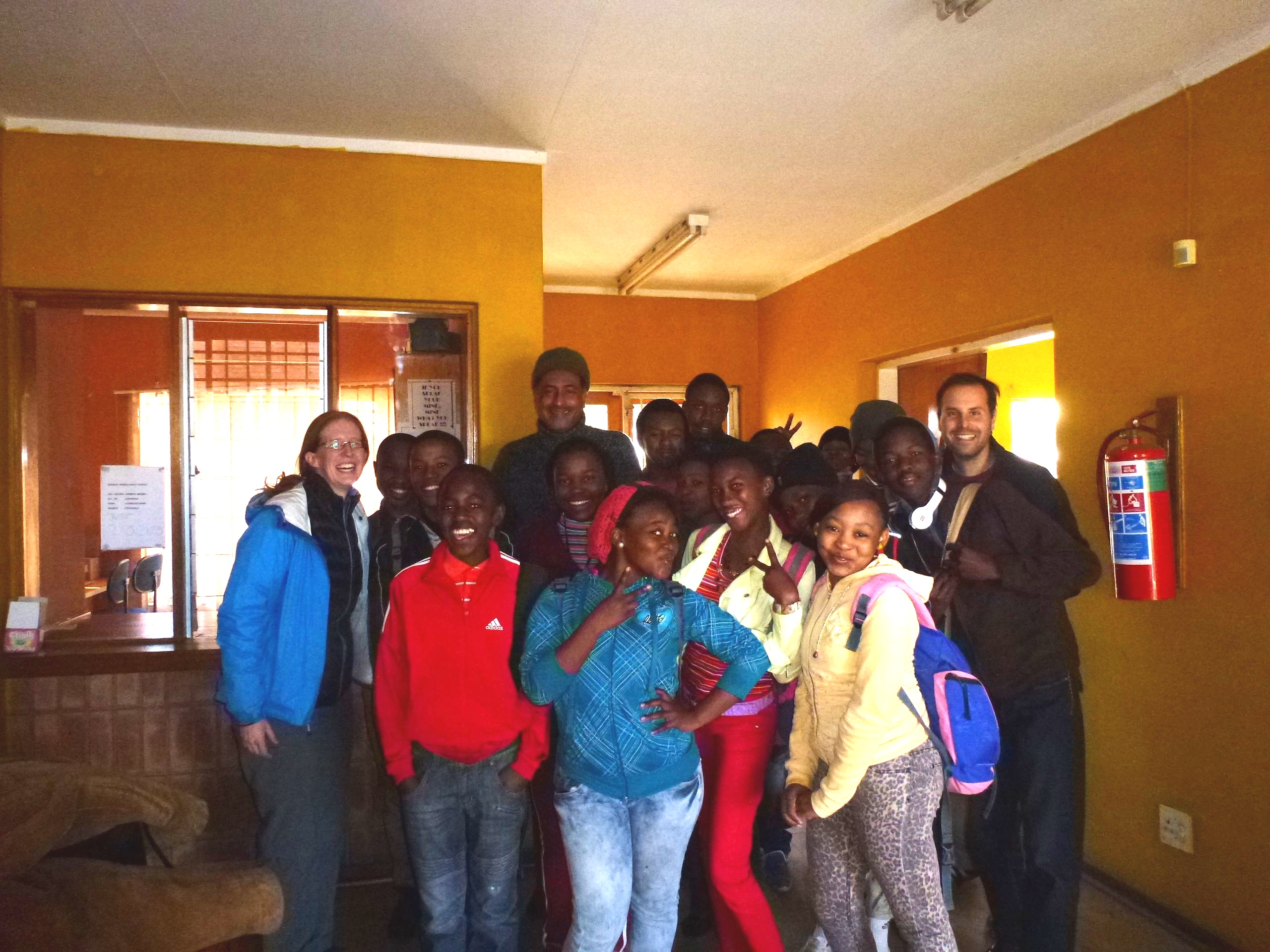 P.S. To help right now, you can donate to Teboho Trust.